There’s a slice of Pittsburgh history in every brick of the modern Distrikt Hotel. 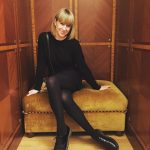 Corrina Allen-Kiersons is a Toronto-based travel, film and pop culture writer who has covered destinations ranging from Texas to Turkey. She’d happily live in a hotel full-time… if it wasn’t for her 90lb dog.

Housed in the city’s old Salvation Army headquarters, The Distrikt Hotel (part of Hilton’s Curio Collection) pays homage to Pittsburgh’s Prohibition past in some very creative ways. The 1920s-era building completed a major reno in 2017, but the structure’s history and heritage have been preserved in details both big and small. In an age of total teardowns, where old buildings are replaced by glass condos, makeovers like the one The Distrikt has pulled off is seriously refreshing.

Sports fans, rejoice! The downtown Distrikt is neighbors with some of Pittsburgh’s biggest venues including Heinz Field, PNC Park and PPG Paints Arena. Market Square (where you’ll find the foodie must-try sandwich shop, Primanti Bros) is a short walk away as is the city’s Theater District. Head west and you’ll find Point State Park and the Fort Pitt Museum. Cross the Smithfield St. Bridge to get to Station Square and the base of the Monongahela Incline funicular. The Pittsburgh International airport is 20 miles away and can be reached by car in under a half hour.

WHO HANGS HERE: IS THIS THE HOTEL FOR YOU

While The Distrikt’s clean, modern rooms and welcoming, attentive staff will make any guest feel at home, the communal aspects of the hotel definitely cater to a cool crowd. The hotel’s second-floor oyster and cocktail bar has a distinct hipster-meets-huntsmen vibe with cozy overstuffed leather couches, faux fur throws and coffee tables made out of boozy reclaimed barrels. Here, even the barrels have a story, hearkening back to the days of Prohibition and bootlegging. The bar has been cheekily dubbed The Evangeline, after the daughter of the Prohibitionist founder of the Salvation Army.

THE STRAIGHT GOODS: WHAT’S IN THE ROOM

The Deluxe Room (270 sq. ft.) has a spacious feel, extremely comfortable king-size bed with soft linens and fluffy pillows and is outfitted with simple, modern furnishings (the mid-century modern inspired bedside lamps are a favorite). All rooms have spacious subway-tiled walk-in showers and rooms with accessible roll-in showers are available upon request. For the tech-obsessed, there’s free Wi-Fi, a Bluetooth device charging station and 43” LCD HDTVs. A small touch we appreciated was the hotel room safe, designed to accommodate a laptop. Keurig coffeemakers are on hand to make mornings a little easier.

One of the things we loved so much about The Distrikt is that the hotel tells a story about Pittsburgh’s history. The preservation of that history can be seen in details like the carved vaulted beams adorning the first-floor ceiling, the stained glass in the entranceway, the building’s limestone brickwork and some of the original wood work. What was once the chapel is now the hotel lobby. The architects kept the original stage which now serves as a cozy seating area and features a living plant wall. An old light-up scoreboard that once hung in the building’s gym has a new home in the hotel fitness center. Finally, the rooftop garden features one of those classic outdoor binocular viewers that lets you take in the surrounding sights.

Tuesday to Saturday from 4 p.m. ‘til late, the hotel’s mezzanine bar (the aforementioned Evangeline) serves up snacks, craft beers, wine and cocktails. Start with oysters and move on to the conservas—the white tuna belly in olive oil is a real standout. For something more substantial, there’s Or, The Whale, a Moby Dick inspired eatery housed in the former Salvation Army gymnasium. The restaurant’s main eating area is ringed by the old running track which circles the dining room from one floor up, providing the perfect spot to sip the hotel’s signature cocktail, The Smoke Show. Or, The Whale is open every day of the week for both brunch and dinner but if we had to pick one over the other, the brunch (served in three chapters) is the thing to do.

The relaxed atmosphere of The Evangeline was one of the highlights of our stay. From our comfy spot on a couch, we could take in the building’s gorgeous architectural details, wine glass in hand.

We would have loved to see more of the lobby, bar and restaurant’s charm translate to the guest rooms. When it comes to décor, it’s hard to please everyone, but a room with some character is far more memorable than one without.

Corrina stayed as a guest of the hotel. The hotel did not have editorial approval.