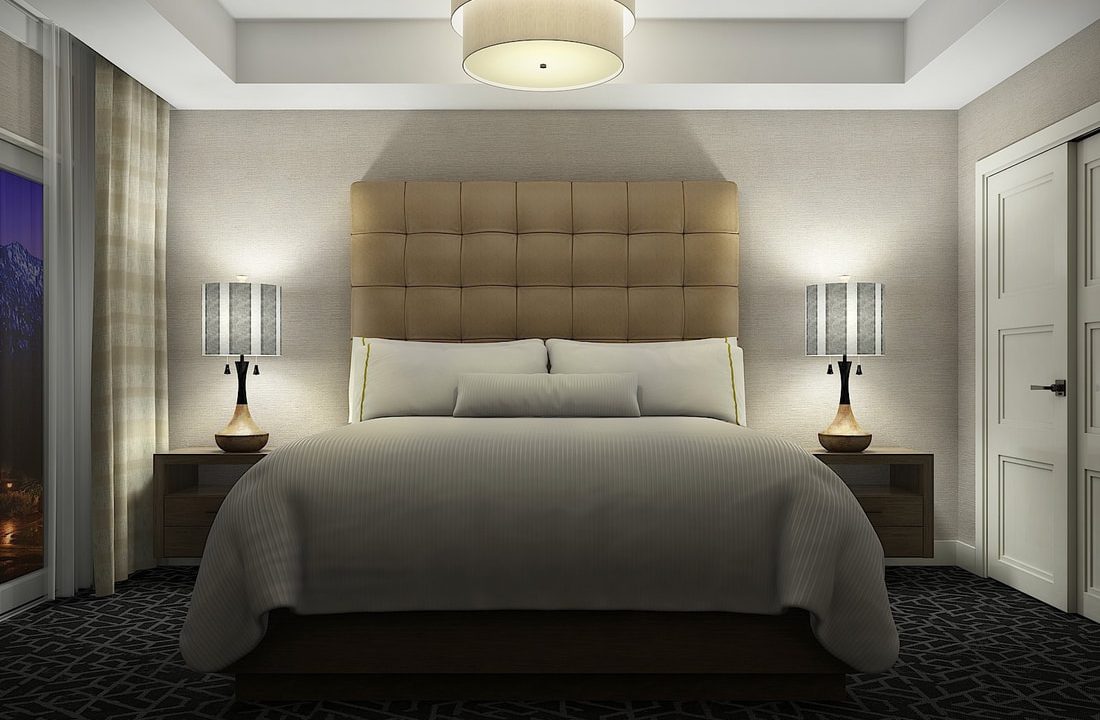 This luxurious, mountain lodge-style hotel is inspired by Scottish royalty.

As the largest town of the Canadian Rockies, Canmore has become a popular getaway for locals and visitors because of its proximity to some of Alberta’s beloved natural landscapes like Banff National Park and Lake Louise.

Now a new hotel has arrived in this natural setting: The Malcolm Hotel. Developed by Spring Creek Real Estate and managed by Clique Hotels and Resorts, the hotel is inspired by King Malcolm III of Scotland. The King’s nickname, ceann more, means “great chief” and is the source of Canmore’s name. 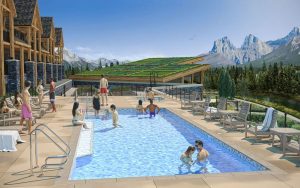 Located five minutes from downtown Canmore and not far from Bow Valley and Banff National Park, this four-star hotel has 124 rooms and suites, a business center, fitness center, 8000 square feet of event/meeting space and an outdoor heated pool and two hot tubs open year-round and with views of the Rockies. 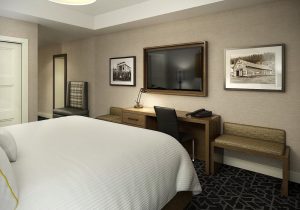 The hotel’s design is an inspired combination of Scottish chic and contemporary mountain lodge-style to create a luxurious and inviting décor. Hotel creative director Tim Noakes commissioned a portrait of King Malcolm for the hotel’s lobby, while rooms feature one of six reproduction prints by local artist, Michael Vincent, of iconic buildings in Canmore.

Notable features include the 40-foot-high lobby fireplace by Calgary-based Sculptural Design Inc., iron pieces and customer service desk iron letters by Mystic Forge from Cochrane and wallpaper found throughout the property by Lincrusta Wallcoverings of England. And another Scottish accent: The Canmore Malcolm tartan, sourced from Scotland, is seen in the lobby, lounge, restaurant and guest suites. 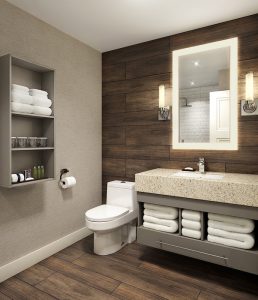 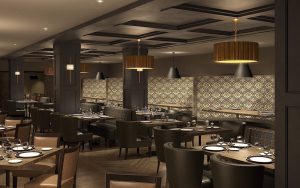 Guests can indulge in meals at the Stirling Grill & Lounge—overseen by Chef Graham Smith, formerly with the Fairmont Empress and Fairmont Chateau Lake Louise—which includes a patio with views of Spring Creek and the Three Sisters mountain range. The menu highlights international flavors such as Cullen Skink Soup (haddock and potato), Game Tagliatelle and Glasgow butter chicken as well as shareable faves like nachos, chicken wings and a charcuterie platter.

The Malcolm Hotel is managed by Clique Hotels and Resorts and a single queen room will start at C$170.00 (US$129.00) per night.

(Photos/renderings courtesy of The Malcolm Hotel)

4 thoughts on “The Malcolm Hotel is the new kid on the block in Canmore, Alberta”